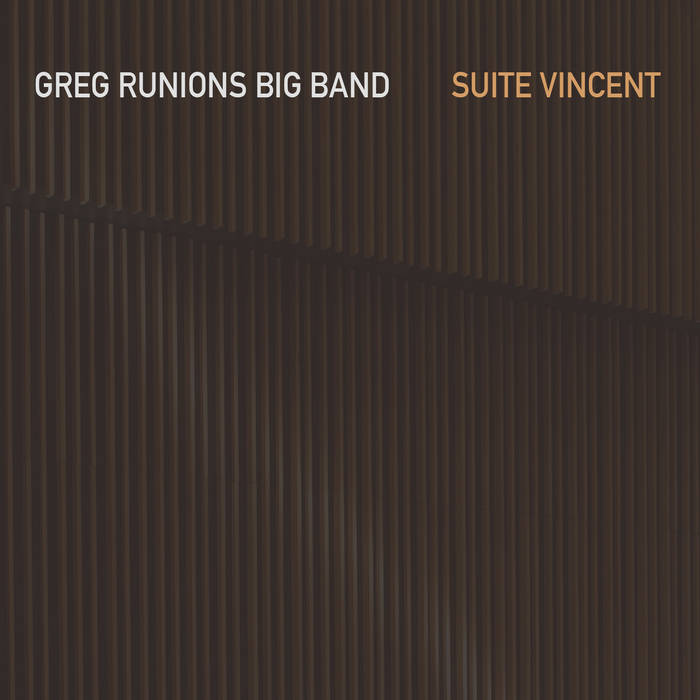 One Saturday afternoon in early February 2019, Kingston-based vibraphonist and composer Greg Runions sat smack in the middle of the airy rehearsal hall inside the Isabel Bader Centre for the Performing Arts. Arranged in a circle around him were 12 of his favourite musicians, all playing their hearts out as they interpreted the compositions of his Suite Vincent suite.

On one hand, the music couldn't have been more immediate.

Runions's ensemble included musicians not just from Kingston, where the Queen's University associate professor of music has lived since he was an infant, but also Toronto, New York and even Kalamazoo, Michigan.

Some had made the trip to the Isabel Bader Centre that morning, and there was scarcely any rehearsal, never mind a concert the previous night, to help the musicians become acquainted with Runions' music. Instead, they tore into each of his compositions with just a minimum of advance discussion about musical road maps, solo orders and the like.

Moreover, there was just one day booked for the session, beginning at noon and ending at 8 p.m. The recording would be as live off the floor as possible, with the rehearsal hall's studio setting bereft of the baffling and isolation that would have allowed for easier edits and even overdubbing.

But if Runions was anxious about these conditions, he wasn't letting on.

“I'm not scared. I'm very happy,” he said in an interview, between takes.

All the same time, the recording session was two decades in the making. Nearly all of the music dated back to the late 1990s. Some musicians at the session had played at its coming-out concert in 1998, but not seen it since.

“Every 20 years, Greg and the boys get together and play some impossible music,” Kingston guitarist Dave Barton quipped.

Barton and Runions have been musical collaborators since they were Queen's students in the late 1970s. Then, Runions was studying drums and percussion. Meaningful jazz composing was still years away.

Runions, who is 63, says he only began writing tunes when he was about 30, contributing fusion-y, groovy tunes to gigs that he did as a drummer.

“These early tunes were pretty rough,” Runions recalled. “Usually playable, but they were melodically and harmonically awkward.”

Back then, as an aspiring vibraphonist, Runions checked out and transcribed music on albums by Gary Burton, Mike Mainieri and David Samuels. Eventually, Runions happened on vibist Tom van der Geld's playing on the 1979 Kenny Wheeler album Around 6, and this album was the starting point for Runions' fascination with the iconic Canadian trumpeter-composer's ear-catching and highly influential music.

Wheeler was born in Toronto but based in London, England, from the early 1950s until his death in 2014. But from the early 1980s on, thanks to his recordings and frequent visits to Canada, generations of Canadian musicians, Runions among them, were steeped in Wheeler's singular sound.

“After Kenny's passing, I was struck by just how many musicians in Canada and literally around the world felt a strong connection to him and his music,” Runions said.

Runions met Wheeler in 1992 when he attended the Banff Centre's summer jazz workshop, where the trumpeter was on faculty. Also at the workshop were Toronto bassist Artie Roth and saxophonist Andrew Rathbun, a Toronto native now teaching at Western Michigan University. Both have been key players on Runions' projects ever since.

After Greg met Wheeler at Banff, “the music started really flowing. It was wonderful,” Barton said.

No wonder Rathbun called the Suite Vincent session “a homecoming.

“It feels really good to play with these people again,” he said.

In the mid-1990s, Runions staged big band workshops at Queen's that featured Wheeler and his music. Then, in 1998, Runions brought Wheeler to Kingston for a concert that required him to write the new music that he ultimately recorded in February 2019. The suite's name, Suite Vincent, nods to Wheeler's middle name in the same punning fashion that Wheeler himself was so fond of.

Runions was forthright about his artistic debt to Wheeler, if also overly self-deprecating.

“I'm aware that my stuff is really a watered-down version of his,” Runions said.

“The music is influenced by Ken's harmonic sensibilities, his strong sense of melody and a frequent use of counterpoint to the primary melody. This is one thing that I really dig about his music,” Runions said.

Rathbun put his finger on the emotional thrust that Runions' music shares with Wheeler's. “I remember Ken used to say, when I asked him about the vibe of some of his music, (that) sadness makes him happy.... I think there's some of that in this music too.”

“I knew I should have John as the flugel voice,” Runion said. “I just really love his playing and he can evoke the feel and style of the music.... In a way it is like casting the best player for the spot.”

MacLeod has also won a Juno Award for his own stellar big band, another influence that Runions acknowledges.

“John has probably had just about as much influence on my writing as Kenny...I've been fortunate to have spent a lot of time going through his stuff, really learning a lot about orchestration from his music. His charts are always arranged and orchestrated in a very direct manner -- not simple, but orchestrated with great clarity.”

The music on Suite Vincent might never have been recorded had Runions not heard Dickinson's 2017 album Music For Jazz Orchestra, and in particular the pianist's Gentle Giant Suite, which was, of course, a tribute to Wheeler.

“I thought I should put some energy into this project. I unearthed the music and many of the original musicians to see if I could record the original four tunes as a suite,” Runions said. He wrote Chorale for Ken over Christmas last year to round out the album.

A few words about the tunes in Runions' suite:

Chorale for Ken - this is a setting of Runions' tune KW (sometimes written as Kay Double Ewe) - that appears on But Not Forgotten. Wheeler aficionados may hear the influence of the master's tune WW (Sometimes written as Double Double You) not just in the title of Runions' tune but also its construction. Both pieces feature stirring melodies and much call and response. “The chorale takes the melodies and surrounds them with additional counterpoint,” Runions says.

Bitter Tart – This piece's title plays off of Wheeler's tune Wintersweet, which inspired the feel of Runions' tune. “Originally I was going to call the tune Bittersweet, but I changed the title to Bitter Tart, giving a nod to the Canadian/North American sweet, the butter tart, which was one of Ken's favourites.”

Around About – In addition to being a bit of Wheeler-esque wordplay, this tune's title refers to its cyclical nature, as it modulates in terms of both key centres and time signatures. ”It is really an exploration of a simple progression idea – the first four bars -- that I developed into the longer song form,” Runions says.

The Long Way – Runions wrote this tune without words and titled it, and then asked New York-based vocalist Yoon Choi to write lyrics. “I knew I would set it as a vocal feature for Yoon,” Runions says. “Ironically, the melody is not particularly well suited to vocalizing - very large melodic range, large leaps, etc. But Yoon seems able to interpret anything.”

Jeckle & Clyde -- “As usual, I first wrote the tune with no title,” Runions says. “But when I started to orchestrate the tune I knew that both trumpet players would have a solo spot. So the title really refers to the fact that we would have two trumpet soloists - but these two guys are polar opposites in their personalities - although in a weird way - they got along quite well...”

The title's additional meaning, and a bit of an inside joke, is that it also could be applied to the Canaidan trumpeter Clyde Forsberg, who is equally at ease as an academic, with a PhD in American history, as he is as a jazz musician. “And he has a larger-than-life persona,“ Runions says.

The session proceeded smoothly, just as Runions had planned, with small exchanges before and after the playing that added some gentle levity to the proceedings.

“Confessions?” Runions asked after when one tune was over, wanting to know if anyone had made mistakes egregious enough to disqualify the take.

“Can you bring in a therapist?” Dickinson quipped.

After one particular pass through the chorale, Dickinson, a bystander, commented: “Nice. Sounds like legitimate jazz.”

“My ears are tired,” Runions said, during a late afternoon break.

He was in the recording booth overlooking the then-empty rehearsal hall, beside Cassells, who was doing double duty that day as the session's recording engineer as well as the ensemble's drummer.

“I was there a while ago,” Cassells replied.

But despite all the exertions, conditions and pressure that one afternoon in February, gorgeous music prevailed.


Peter Hum is arts writer for the Ottawa Citizen and a jazz pianist.

Special thanks to Queen’s University Fund for Scholarly Research, Creative Work and Professional Development for supporting this project.

Canadian composer and vibraphonist, Greg Runions, has been creating music for big band for about 25 years. Self taught as an arranger and composer, Runions started his own big band to help him hear his work and develop his writing. The band hails from his home town of Kingston, Ontario but frequently includes musicians from Toronto, Montreal and Ottawa. ... more

Bandcamp Daily  your guide to the world of Bandcamp

Featuring appearances from Kari Faux, Bluestaeb and and interview with NY-bred artist Wiki